our services the vision wings of freedom

Receiving optimal amounts of key nutrients, both during and after detoxing from drugs or alcohol, can mean the difference between success and feeling better, or falling back into old patterns.

Our proven program helps support your body’s detoxification pathways, while helping correct imbalances in neurochemistry, to help you feel better sooner. Traditional recovery programs focus only on behavior modification, while our system helps heal your body, correct imbalances, and curb cravings. Regain your life, there is hope! 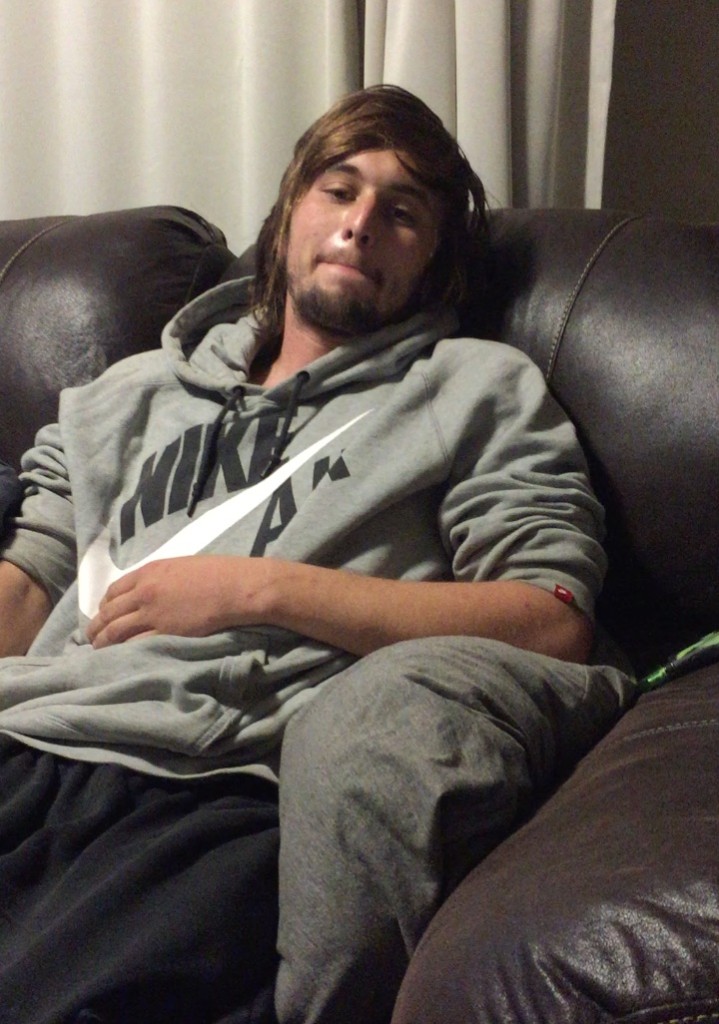 Patient C is a 26-year-old male status recovery from a 13-year addiction, including but not limited to heroin and methadone.  All of the history is obtained from the patient; who is not the best historian due to age and the nature of the addiction.

Upon limited physical assessment patient C is normocephalic, pupils are equal, round, reactive to light and acuity. Mouth and throat are non-obstructed and normal.  Patient weight is based upon recall from patient at 115lbs.  He is 5’7” tall.  Blood pressure is 118/66. Heart rate is 72.  Respirations are clear and equal bilaterally at a rate of 18.

Patient was raised in a middle-upper working class neighborhood with his mother, father, and younger brother.  Patient C denies any form of physical or domestic abuse in the household.    He states that his mother and father divorced when he was ten years old due to infidelity.  He recalls that his mother quickly had another child with a different man other than his father and that his biological father had a male friend move in to live.  He remembers thinking that his father may have been a homosexual because that is all he knew about two men who lived together.  He never confronted his father regarding this matter, and as it turned out his father was not a homosexual and later remarried his step-mother.  He played baseball for a short time until he was introduced to the “gaming” world, that he took interest in fully.  He and his brother did not have custody visitation arrangements and states “when we got tired or started fighting with one parent we would go back to the other”.  He states that his mother remarried and had children a couple of different times with different male counterparts.

When asked about medical history he says he was diagnosed as bi-polar with ADHD and placed on Adderall at age 13.  He admits to quickly finding out that “if you say the medication isn’t working anymore, the doctor would up the dose”.  He states that he began doing this and taking a portion of the medication for himself and selling the other portion.  At the age pf 14, he was involved in a car accident and injured his back severely.  C was given Lortabs for the pain and visited a chiropractor regularly.   He was on the Lortabs for 2 years before he was no longer prescribed them.  He states that after a minor withdrawal and sobriety period of 2 months he began searching for something to “numb the pain”.  He began buying and smoking marijuana at the age of 16.  When his parents discovered that he was smoking marijuana, he was kicked out of the house.  He states that this is the point his life “changed forever”

Along with bumming and slumming places to sleep he was able to continue to go to school.  He was still on Adderall and stated that he was a pretty good student and finished his high school education in an alternative education English class, resulting in him finishing early and obtaining his high school diploma.  Despite his good grades, during this transitional period he began taking Oxycodone 30mg and increased to Roxicodone 80mg by age 17, as often and as quickly as he could to sustain the habit.  When asked how he obtained the money for the pills, he admits to stealing merchandise from stores and returning the items for gift cards and then selling the gift card.  He states that he would steal $300-$500 in items each time. But, at $80 a pill, the money did not last long before he would have to steal again.  His theft was not limited to retail stores and included personal theft.  Despite the multiple occasions of theft, he was never caught and jailed for stealing or for narcotic usage.

He said that buying the Oxycodone and Roxicodone was too expensive and began looking for a cheaper way to get high.  At almost 18, he tried Heroin for the first time and became instantly hooked.  He said that it was cheaper and easier to get ahold of that the pills.  At the age of 18 he was taking and smoking Opana and Herion and basically “Couch-Surfing” (staying with friends, other users, and dealers).  He entered into his first detox at this age, and confirms having every withdrawal symptom that is listed with opiates.  He, however did not enter into a rehabilitation program at this time.  At this point aside from being insured by his parents, he has little contact with them and basically ostracize him from the family and events.

The patient began moving from state to state from east coast to west coast. Following the high and managing to get by day to day. This multitude of movements and staying with various people continued until the age of 22 when he began an almost 2-year nomad movement from rehab to rehab.  He would enter a rehab be placed on subluxicone or methadone and Xanax to help with withdrawal symptoms.  Although both of these medications are used in a detoxification setting, they also have very high addictive properties.  He states that one of his worst detoxes was when he “was coming down off of methadone”, this causes severe nausea, vomiting, diarrhea for several days along with other opiate withdrawal symptoms.  He suffered through the detox for several days before obtaining a fix of heroin. He states that he entered and was kicked out of over 30 rehab centers all over the U.S.  He states that his longest period of sobriety was 36 days.  C states that many of the centers he entered would give their patients medication for detox, but the patient would have already taken something and would end up dead due to an overdose.  C states that he overdosed many times and is surprised he is still alive.

He had 3 surgeries to repair abscesses cause by shooting up melted down gel Morphine, he states that with each surgery it became more obvious that he had a real problem and chose to go to rehabs because he knew that the facility would be obligated to take care of him and his previously abscessed areas.  He stated “I knew I wasn’t responsible enough to take care of my hand and that I would end up having to have it amputated, so I checked myself into rehabs for them to take care of it.  But, I still found other ways to get high, even if it included shooting up around the abscessed area.”

Patient C said that after a few months of being back in Oklahoma, he had a friend of a friend that had been treated by Dr. James Warren.  Patient confirmed that he wanted to be sober and made contact with VibrantLife Oklahoma.  It was in early July when the first consult was made by Dr. Warren.  Intravenous treatments of Vitamin C, Magnesium, B-Vitamins, Glutathion, and Alpha Lipoic Acid were initiated in the patients home the next day.  The patient states that every time he had detoxed before “was hell” and that he had every withdrawal symptom known and that was the reason he always went back.  At day 3 and 4 the patient stated that he was only feeling mildly anxious and was sleeping very well.  He confirmed that, also in days 3-4 were always the worst days of the detoxification process. He, however only had minor aches and pains and very much different than any other time he detoxed.

On day 13 of sobriety Patient C flew Michigan and received an implant of Naltrexone, however during the course of healing the area below the patients left hip where the implant was placed subcutaneously began to swell and become red and fluid filled.  Patient reported that his job required him bend, squat, and kneel often and around 2 months the area ruptured open releasing a moderate amount of puss, serosanguineous and sanguineous fluid and a disengaged capsule came out of the area.  The patient was then started on oral Naltrexone, which he is still on and denies having any desire for opiates or alcohol of any kind.

After jumping from job to job for the first few months, he now has something steady at a retirement facility where he serves meals.  He lives in an above the garage apartment by himself.  He currently has a girlfriend, that has been very supportive.  On day 35 of sobriety, his stepmother died from colon cancer.  Initially he was asked not to come to the funeral out of fear from his family that he would be strung-out.  He states that he really liked his stepmother and that she was always very nice to him.  C. claimed that the only possible reason he would have to get high at this point would be if someone he was close to died.  He did not think he was strong enough to deal with that emotion.  However, he was able to make it through the death, funeral (which he was allowed to attend and be a pallbearer), and the day following without using.

He admits that he needs to become better at getting rid of the people he allows in his world.  Currently, he has “user friends” that stay on his couch for days at a time.  He does not attend any meetings for his addiction and is advised that this may be beneficial in staying clean.  He does not have any hobbies aside from work and his girlfriend and denies having any coping mechanisms in place in the event that he is offered or wants to use again.  He is aware that these kind of obstacles could potentially lead to the destruction of his current 91 day and counting sobriety.  Currently, his only accountability is to himself, his girlfriend and Dr. Warren.

Patient C’s detox from heroin went very well as you may know the first three to five days are typically the peak of the physical symptoms includes but not limited to,  patient not sleeping , horrible body aches , diarrhea, hot and cold sweats, vomiting, headaches, complete body weakness, no energy, no motivation , the feeling of having the worst flu of your life. Patients C was able to sleep the first one four days most of the time without the sleeping he reported that they three was the worst with bodyaches being hot and cold little bit but nothing in comparison to his other detox, By day six the patient was able to achieve a negative opiate test. By day six the patients appetite return to normal level he started some mild exercise. During his first 14 days of detox we administered daily IVs of high-dose vitamin C, Magnesium, Glutathione, we also used oral doses of  amino acid therapy to boost his neurotransmitters replacing the lack of neurotransmitters in his body thereby reducing the intensity of detox and the length of detox . Pt C it Is currently 100 days opiate free and is stable in his treatment he continues on amino acid therapy. Pt has stated that he doesn’t think about heroin or pain pills and doesn’t crave them which he reports as amazing he never thought that He wouldn’t think about it every second of everyday. 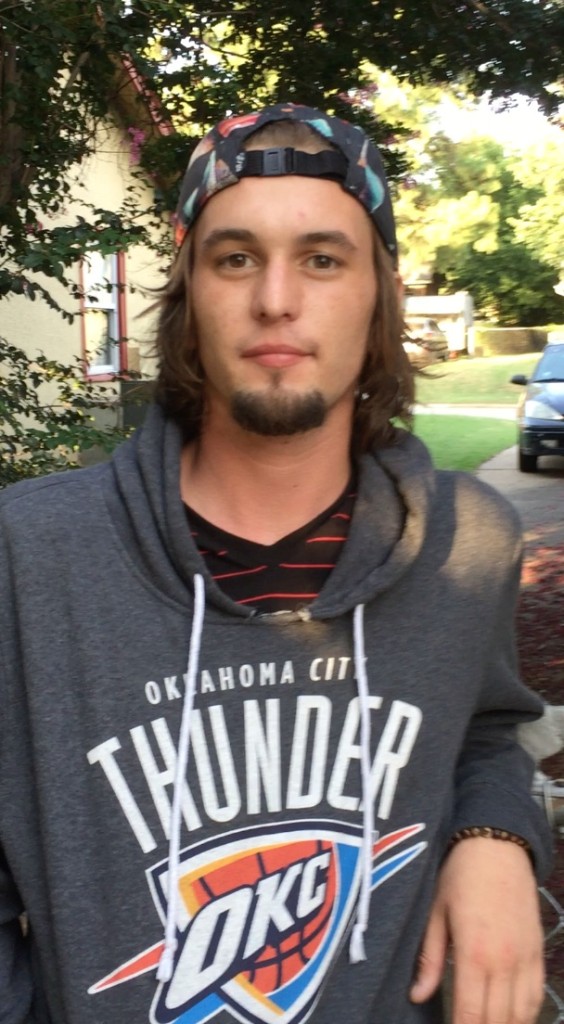